This is a repost from my old website. Enjoy!

Just a random thought about how random our fears and feelings can be.

My children love Thunderbirds, especially the new ones. They watched the whole lot with Richard, and especially C bases his stories on Thunderbirds. He has his own variety though, called Firebirds, who happen to have the same vehicles and names…with himself added as the main hero of course.

He loves his stories, and they are usually very funny and sweet, full of emergencies miraculously solved by C Tracy, the amazing Firebirds hero. He tells his stories in the car, annoying or delighting his siblings, depending on the amount of sleep they had the night before… He builds his own pods out of lego, and draws endless pictures of his Firebirds. This is all wonderful, of course.

This went wrong one morning when he asked me to get Alexa to play the latest Firebirds series… He was outraged when I told him that Alexa wouldn’t be able to find his Firebirds stories. He insisted on me finding it, but of course, poor Alexa and I failed! When I explained that Alexa couldn’t find his stories, because they weren’t real he really lost it. Of course his stories were real! He had goodness knows how many episodes, hundreds of series, and tacks of papers with dvd cover pictures to prove it… In the end he calmed down when we told him to start saving up so he could produce his own Firebirds dvd when he was a bit older.

He hasn’t accepted it though. He stopped, but still doesn’t understand why Alexa won’t show his Firebirds stories. He still blames me for my failure to get Alexa to play them. Every time we explain that he will need to produce the dvd first, then hopefully Alexa can play it for him. But it’s still my fault…

It’s irrational. It’s frustrating, and it makes me sad, for five year old P understands completely the difference between your own made up stories and stories that can be found on Alexa. It makes me feel sad when I hear P explaining to C why Firebirds can still not be found on Alexa, with C literally stamping his foot and grumbling, and trying to convince P that Firebirds is real…

I was thinking about this whilst driving to the gym in Holland. The road is alongside the canal, and I suddenly realised that we can all be irrational sometimes. I don’t like driving next to a canal. My mum really, really hates it. She will always tell my dad to stay on the road, to be careful, to not drive into the canal… I find myself thinking her words whilst driving along at 80 k/ph. I have actually never driven my car off the road, so why would I now? I have no intention of driving into the canal, so why do I tell myself to be careful and not drive into the water? As if I was thinking of doing so!

Once, when swimming in Holland I watched the police academy students having a diving lesson, practising to rescue people n the water. I then figured out that if ever I got into the water in a car, my only hope of getting out was somehow figuring it out myself, for most of those aspiring police officers wouldn’t be of much help… (Maybe they had another 25 lessons, and actually, by the time they are let loose on the public they are amazing divers and swimmers…!!??)

So me leaning over to the left a tiny bit in my car was just as irrational!

So much fear is being passed on at the moment, so much of it totally irrational. You won’t believe the amount of people who have asked me if and when I will be deported with my Dutch passport. Seriously??!! Irrational.

So many people live in fear. Some of that is justified, but often we fear those things the most that will actually never happen. We waste time and energy worrying and fretting over stuff that is irrelevant or irrational. We forget, especially as Christians, we forget that nothing happens by chance, that God is still in control, and He works all things for good for those who love Him.

He reminds us, “Fear not!” even to those whose fear was justified and not irrational at all. So how much more should we trust Him over fears that are just in our minds!? 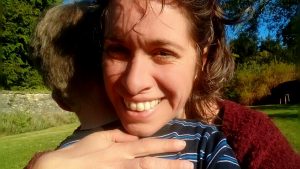 School at home is not Homeschooling, although can still carry the same blessing! 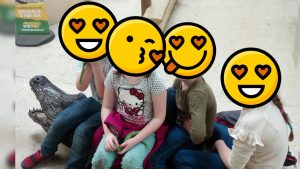 It is exactly eight year ago that we applied for adoption. How do I know? Well, obviously doing something on the 29th of February makes it extra memorable. Many other 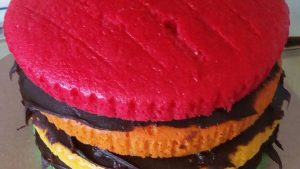