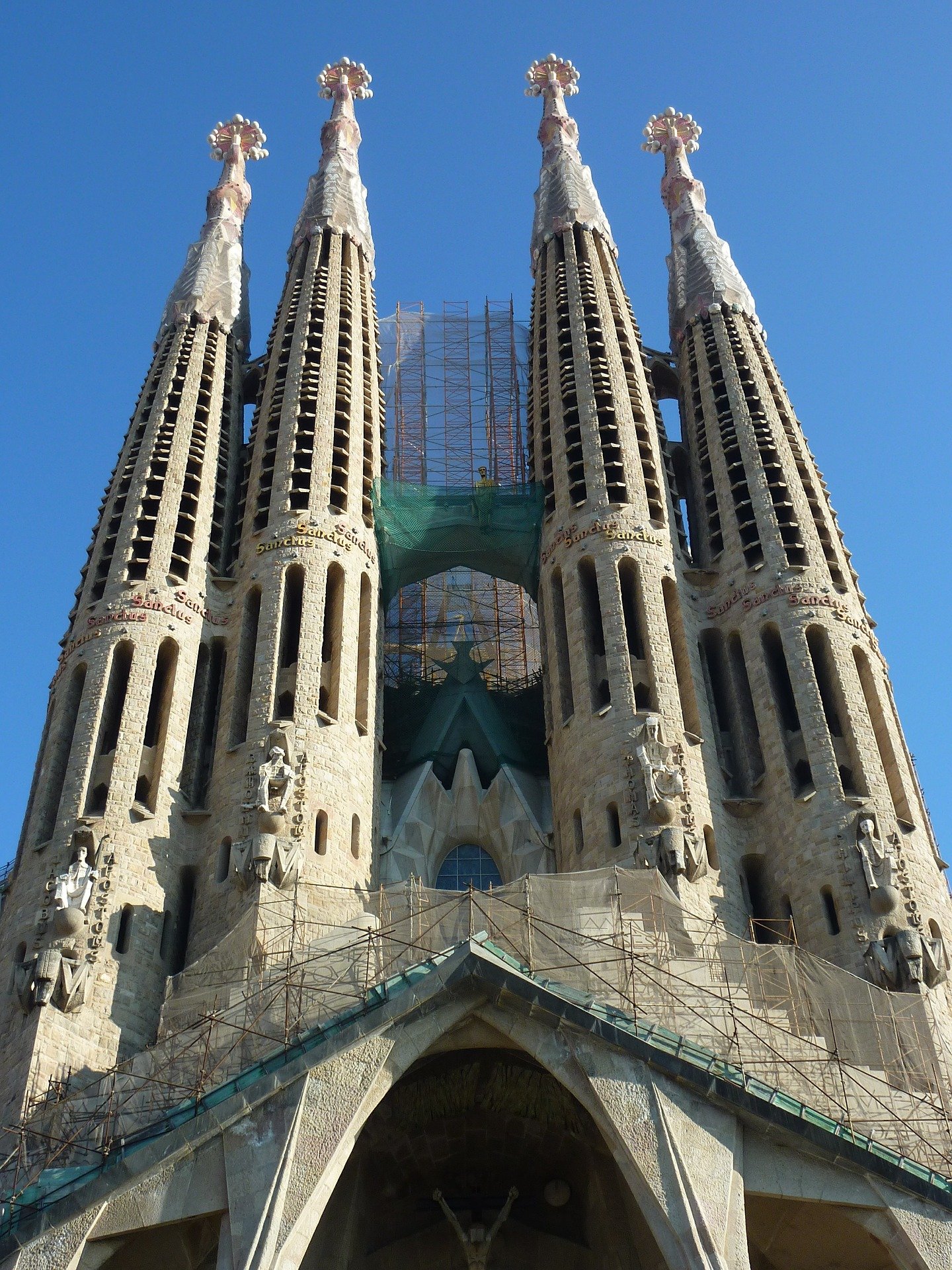 For several months now, I have been allowed to write for a lovely magazine, called Mom’s Favorite Reads. It contains a host of articles, stories, poems and puzzles. It’s a great read, and here is my story that was printed in the January 2021 issue! Do have a look at the magazine, it’s well worth reading!

Shelby smiles as she gets off the plane. Visiting Barcelona for a few days feels even better than it sounded on paper. Leaving Luton in freezing, driving rain, simply to land near Barcelona where all she needs is a long-sleeved t-shirt and scarf is the best way to do January. She shivers, thinking of the grey days and endless dark nights. Sure, days will be short here too, hopefully not as short, but to see a crisp blue sky, no wind whatsoever and no puddles is bliss.

Shelby wants to make the most of her time in Barcelona. She has been before, but seeing the progress made on the Sagrada Família is stunning. What a difference a few years make! The white stone is dazzling in the sunlight, and the well-placed coloured windows magnificent. Shelby sighs with happiness, Luton and freezing Old Blighty on a different planet. The second day is as relaxing and it makes Shelby blush a little that the highlight of her day is finding the most amazing restaurant again that she remembered from previous times. Its buffet still as extensive, although her favourite is the choice of puddings. Shelby knows it makes her sound like a cheap tourist, for who would go all that way simply for delicious food? It’s not the reason, of course, it’s only a wonderful bonus, she defends herself.

Walking around, watching people, drinking in the details helps Shelby to formulate her plan. She grins to herself, feeling she’ll be ‘doing her bit’ to support this special city. She picks La Rambla, her favourite part of the city. Its bustling feel, the people milling around and the little stalls lining the sides of the street is her idea of Barcelona. Shelby walks slowly, her large shoulder bag held tightly. Her plan will fail if it gets simply snatched away. She meanders down the entire street, occasionally tempted to forget her plan, and simply be a tourist.

She finally decides on a restaurant. One that isn’t too expensive. She hesitates to choose her table, it has to be in the right place. She carefully puts her bag down on the floor, half under her chair. Her coat, which hasn’t been used yet today, goes on the chair across the table. Shelby sits down, relieved to see more customers seated by the time her drink arrives. Shelby carefully studies the menu, head down. Then she stands up and leaning over her table and her coke glass spends considerable time fiddling with her coat, rearranging it as well as her scarf draped across her coat.

She looks down, half-turned, in time to see her plan worked perfectly. Shelby delivers a hard, sharp kick to the young woman’s wrist, half-hidden in Selby’s handbag! The woman exclaims, then, without looking at Shelby, grabs her own belongings and disappears from the restaurant before any of the waiters can be notified. Shelby lets the waiter know, of course, but they simply shrug. “Don’t leave your belongings unattended,” the man says, unsympathetically. Shelby glares, straightening your coat for a minute isn’t leaving your bags unattended, is it? Overall, she feels pleased with the outcome of her plan, and she leans back, drinking her coke with a satisfied smirk.

It seems mere moments later when Shelby opens her eyes. The first thing that hits her is the overwhelming smell and taste of vodka. She blinks, staring at the very disapproving looking security guard. “This is not for sleeping, and you are very lucky your bag is still with you.” He glares at her, but Shelby is unable to move or answer him. She shudders and gags, swallowing the taste of vodka down. Next to her is an empty bottle, her coat is half draped over her, and her bag sits on her other side, she realises after a while. The security guard is still scowling at her, hands on hips, clearly waiting for her to move on.

Shelby tries to sit up, her head spinning, but after a few breaths, she feels better. She frowns, the last thing she remembered was the woman trying to take her purse from her handbag, and her drink of coke. Her eyes widen, then, glaring at the security guard, she says, “I’m not drunk you know. I don’t even like vodka. I’m a red wine girl, and well, never mind. I have been drugged and robbed.” She wants to add that he’d better sort it out, but his raised eyebrows make her change her mind. Shelby tightens her lips and opens her bag. Yes, the purse has gone, but they didn’t take her fake passport. Interesting. She gets up, and after one last angry look at the security guard, staggers out into the street, the bright sunlight doing nothing to improve her headache or mood.

By the time she has walked around the gorgeous Park Güell she feels better, but her smile only returns in full once she tastes the best hot chocolate there is. Thick, chocolatey and gooey, not the powdered stuff they sell in the cafe around the corner in Luton. Shelby smiles, blowing across the large mug, breathing in the rich flavour at the same time. With one hand she carefully feels. Yes, her real purse is still safe underneath her top, so is her passport and phone. Oh well, hopefully it will sour the pickpocket’s mood when they find out they’ve been duped after all!

I love Barcelona and have been a couple of times. Their hot chocolate is the best, and I loved La Rambla. Sadly, one of our friends had her bag’s content pilfered in a restaurant. The great thing in writing is that you can choose the ending, so here is an alternative ending to that dreadful incident! I loved writing it especially for Mom’s Favourite Reads. You can find it in the magazine on page 36.