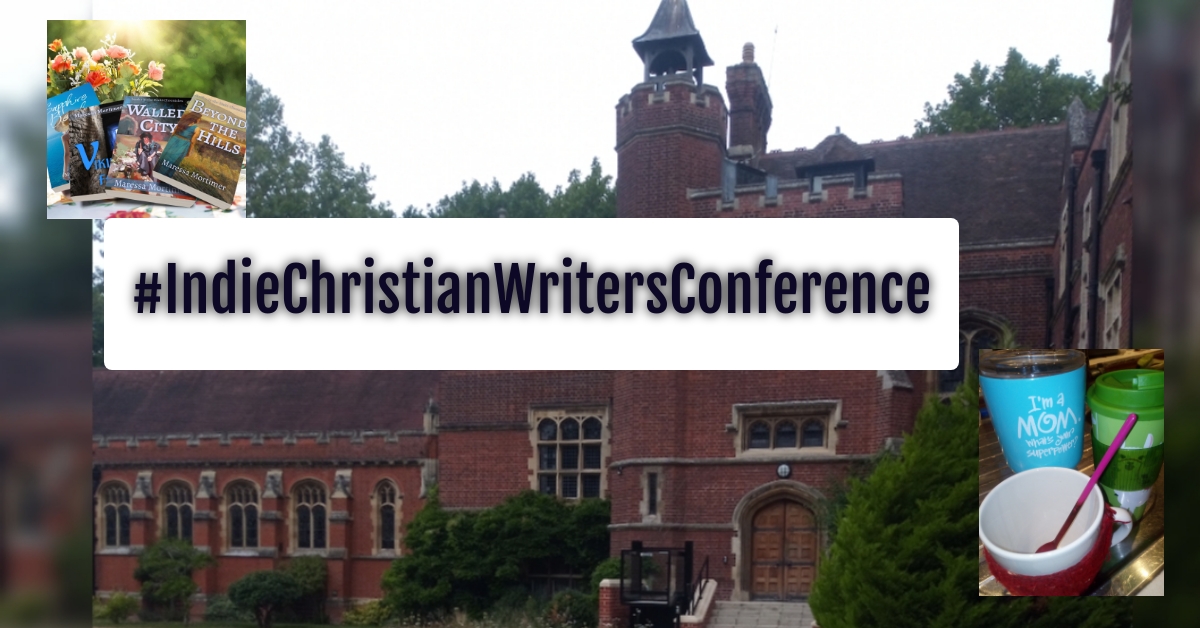 I couldn’t imagine enjoying myself away from my kids, but I did. I have been away for long days, but I can’t remember being away overnight. Richard offered to do something with the kids, letting me do something by myself. Before he’d even finished the sentence, I had booked myself on a day conference in Cambridge. Checking the map, I realised that it would be better to go the day before, as the conference started at 9-ish.

The conference was called the Independent Christian Writers’ Conference, and I had seen the invite several times but had dismissed it as too tricky with four kids. Now I had the opportunity, and I was thrilled to find out there were still a few tickets left. So the Friday afternoon I packed a box of my books in case anybody at the conference had too much time or money and would want one of my books. I left my children playing in the park with Richard and a rental car. He had decided to take them to a karting circuit to meet up with an old buddy of his.

I set off for Cambridge, thrilled to be off for a mini-break all by myself. The motorways were clogged up, but I kept smiling. I realised my huge coffee mug was too huge and awkward to drink from whilst driving. So just outside Cambridge, when my car needed a drink, I had my coffee, enjoyed the sunset, filled up the car and followed my satnav to my accommodation.

I managed to video call Richard and the kids (who were thrilled to see me, although not too happy I couldn’t hug them goodnight…), then I sat down to write a chapter of Burrowed, my WIP. I was exhausted and excited, but I knew once I sat down to write, the words would come and I would enjoy it. The accommodation was over a pub, and my room was shaking with the music from downstairs, so sleep wasn’t an option anyway.

Sipping my coffee (Yes, this enormous American mug keeps hot forever!), I stabbed away at my laptop. By the time I was done, the music had been turned down a little, so I slept well.

After a reasonably early start, I set off for Ridley Hall where the conference was held. Finding the car park entrance was not as easy as I thought it would be, but I did manage. I walked into the gorgeous building where a kind lady gave me a name sticker and showed me in (She was also kind enough to point us all to the coffee!).

I felt like jumping up and down with excitement. Real people in an amazing looking room with books everywhere! Andrew Chamberlain, who organised the event, was so welcoming, sorting out tables for books and there was Ruth! Ruth Leigh is an amazing writer, with so much experience in freelance writing and writing humour, so to meet Ruth again in real life was wonderful.

Ruth wrote The Life of Isabella M. Smugge, and I finished reading it at an unearthly hour, only to be left hanging with a ginormous cliff-hanger! So I can’t wait for book 2 to come out, as book 1 was brilliant. Ruth was one of the speakers, talking about working with Instant Apostle, one of the Christian Publishers.

Malcolm Down, another Christian Publisher, was another one of the speakers. He talked about publishing options and why there are different options available. Andrew Chamberlain talked about Indie Publishing and the various routes you could choose for publishing. They were all great options, apart from Vanity Press, a trap many new writers find themselves falling into. Andrew showed some of the things to look out for, like their over-the-top praise for your book. That one can be hard to take, I suppose. That doesn’t mean to say you have to be suspicious of anybody liking your book though…

Michael J. Harvey was the third panel member, and it was interesting to hear his story of how he managed to get a publishing contract with Malcolm Down. Michael writes fantasy and his books look fantastic. In the afternoon, I went to Michael and Malcolm’s session about writing fantasy. Michael has some amazing maps of his fictional world and shared some great advice with us. He explained that you will need the details of your fictional land, their history etc, but you don’t necessarily have to put this all in the book, as it would make it way too long.

Lunch was amazing, not just because of the scrumptious food I didn’t have to prepare or the lack of washing up afterwards, but because it was shared with friends. Eating together is one of the most wonderful things I know, and we had a lovely time chatting and laughing together. I couldn’t remember which workshops I had signed up for, but that didn’t matter, fortunately. I was quite sure I had chosen Fantasy, because of my Elabi Chronicles. I loved hearing Michael J. Harvey’s explanations and how he works on his fantasy lands. He had brought a large selection of different maps, showing not just the layout of the land, but also the political maps. It was a lot more elaborate than Elabi, but Elabi is much smaller. Although, with book 3 in the planning and plotting stage, who knows…

For Burrowed, placed on the island called Ximiu, I have used some fantasy maps. I’m not good at online map making, but there was some software where you could pick a readily shaped island. I chose the one I fancied, then added towns and villages by hand. It’s rather a rough map, but it helps me to keep track of distances etc. As the island is rather small, I can’t think of any sequels taking place in Ximiu, although never say never.

The second workshop was run by Ruth Leigh and was fabulous and hilarious. I learned so much, as Ruth explained about freelance writing and writing for charities. Ruth helped us to think about regular blogs, reaching people with our blogs and how to help others around us. It was a very lighthearted workshop, but I learned so much at the same time as having a lovely afternoon.

I didn’t sell any of my books, sadly, but it was still a worthwhile day out. Some people there I had only met on zoom, so to meet face to face was wonderful. To be honest, I didn’t buy any books either, as the new school year is about to start, and budgets are making me shudder at the moment.

The journey back was much quicker, as the roads weren’t as crowded. It was lovely to see the children and Richard, although I wouldn’t mind another little trip by myself again soon. Mind you, we have our summer holidays coming up, so no grumbling here, apart from missing out on serious sunshine this year. Maybe once I have completed Burrowed, I should write another sun-drenched book, like Sapphire Beach? Maybe Downstream in the Elabi Chronicles should be a wonderful, sunny place near some sparkling blue sea?

I had a wonderful day, thank you Andrew, Ruth, Malcolm and Michael for making it such a fabulous and informative day!