There are a lot of Legacy and story challenges for The Sims3. Recently I have been playing a few of them, and their stories are intriguing! This one is called the Hard Life Challenge. This one is during the K-Generation.

Kesha looks around her in dismay. What has she done? Leaving the gorgeous Hidden Springs behind seemed like such an exciting adventure. Watching the Bayou waters rise right up to the floorboards she shudders. The smell is unlike anything she has ever smelled before, and it isn’t good. There is no way back though. Moving out here, buying this place as well as a retirement home for mum and dad took up all their resources. They both reminded her in little ways that it had been totally her choice to move here, that she wanted an adventure and leave a life of luxury behind her. It was now her life, they had done all they should.

Mum had been very resentful, Kesha could tell. It was the way her mum wrinkled her nose at the green looking Bayou, and sniffed, “Well, I suppose the running up ad downhill would have been too much eventually.” The wonderful little town house they managed to buy placated them a little, as the town was pretty and clean, the lake looking much clearer than the water did out here. Dad liked the fact that there seemed to be a lot more people around Twinbrook than in Hidden Springs.

Kesha had wanted this ‘rustic cabin’ at all cost, desperate to get away from what felt a privileged lifestyle in Hidden Springs. She was starting to feel the nudges of regret though. She had managed to set up her easel, which had to be outside on the decking, as the two rooms were both far too small. The fridge was ancient and Kesha was sure that food left out of the fridge will last longer than food stored in it. Her mum had set off the fire alarm the first time using the stove, so Kesha had spent time upgrading the stove so it was fireproof. She hadn’t even realised that this was what people did to their stoves.

There were exciting things in the new place as well, like the washing machine! Now you could actually wash and dry your clothes yourself! Mum had recommended getting a cleaner, but Kesha had shaken her head. “The house is so small, and it’s just me. Why should somebody else have to tidy up after me?” It had always felt odd, seeing another person working hard around the house, tidying up her things, straightening her bed. It had been part of the rustic lifestyle Kesha had imagined for herself in Twinbrook. A rustic cabin, surrounded by the murmuring sounds of the Bayou, with Kesha painting, pottering in the kitchen, doing her own washing… She even inherited a pet fish in a bowl! (She had to go to the shop to replace the goldfish after a day or so, not realising that you needed to feed it every 48 hours…)

Soon the calm Bayou felt more like home, Kesha enjoyed the long evenings painting and reading. It was nice meeting new people in town as well, and the gym was close by. Within a few days she had made friends with some locals already. One guy stood out, Justin. Kesha and Justin chatted, then spent more and more time together. Justin visited her rustic cabin, and said he liked it. “The Bayou is so quiet and peaceful,” he murmured in her ear, and Kesha smiled. Maybe moving out here wasn’t such a big mistake after all.

They held a lovely wedding in the town square of all places! Kesha had never liked the idea of private weddings, it all seemed so quiet and dull, like a business handshake. She wanted a proper ceremony, with her parents present as well as other friends and colleagues. So they invited some other people and got married in public! It was still quite a quick ceremony, and Kesha secretly wished she had chosen a better venue and maybe a more convenient time, as many people couldn’t come because of work commitments. Her parents were there, though, which was the main thing.

Kesha and Justin soon settled in, and before they knew it, Kesha was staggering around with a sore back, wishing for money to visit the town spa. A little boy was born, Lamech. Kesha was overjoyed, and spent every free minute with him. Many of the Evas families had been very large; in fact, Kesha had been the youngest of seven, so to have just one child felt liberating. Justin was a wonderful father, doting on Lamech, helping with the washing, fixing and anything that needed doing. Kesha loved watching him rush around the house once he got back from work. Before Lamech went to school Kesha had to return to work, and a babysitter would arrive in time to look after Lamech.

Life felt good, smooth and beautiful again. By now the Bayou water no longer smelled, it simply was home. Kesha smiled to herself while watching Lamech take his first few steps. Life had felt so dismal at first, but look at her now! With the two incomes finances were no longer an issue, they had a gorgeous little son, and she was married to a caring husband. He was right, it was quiet and peaceful here, and it was hard to imagine her initial struggle. It was also hard to imagine anything improving her life, especially once people in town called them the Eternally Faithful couple. It was such an honour to be called that, but of course, they had both worked hard on their marriage. So Kesha felt a sense of achievement when she thought of those words.

Not long before Lamech turned into a teenager did Kesha find herself sick again from unknown causes. Justin was thrilled, and Kesha knew her life could only get more perfect! 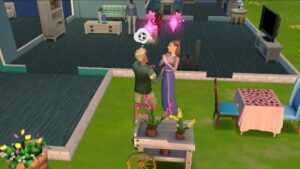 Mortina Dynasty: Part III, chapter 1 I will make a link to the page where you can download my previous Mortina Dynasty Book. Book II will eventually join that site, 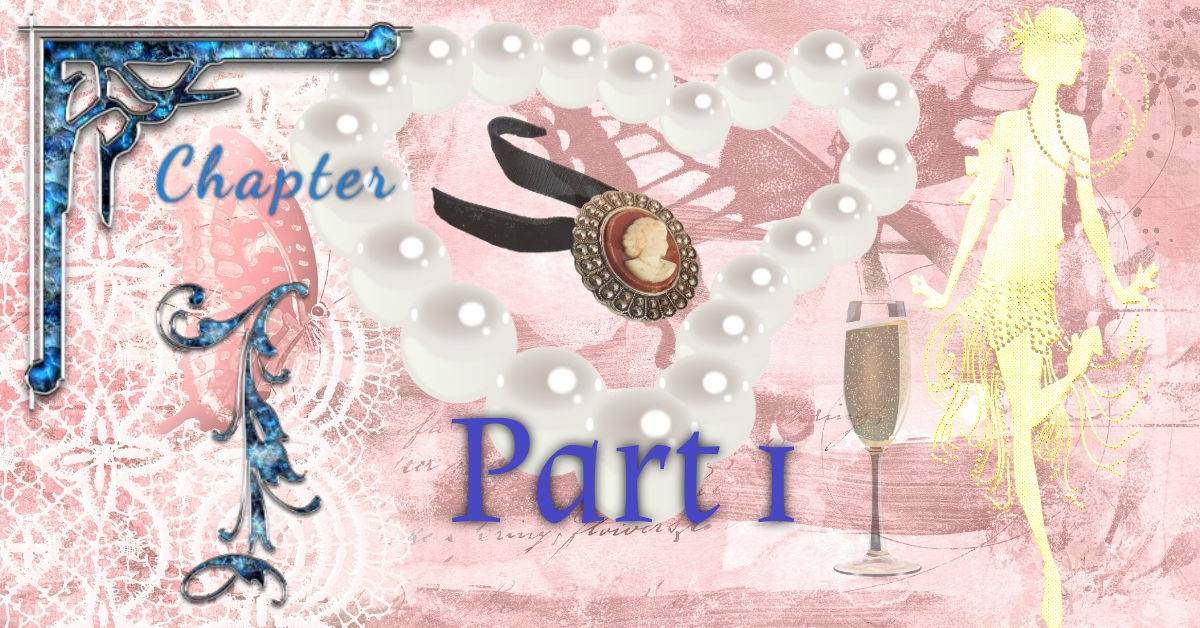 Meet Genevieve in this very first episode of Cameo Sleuth.