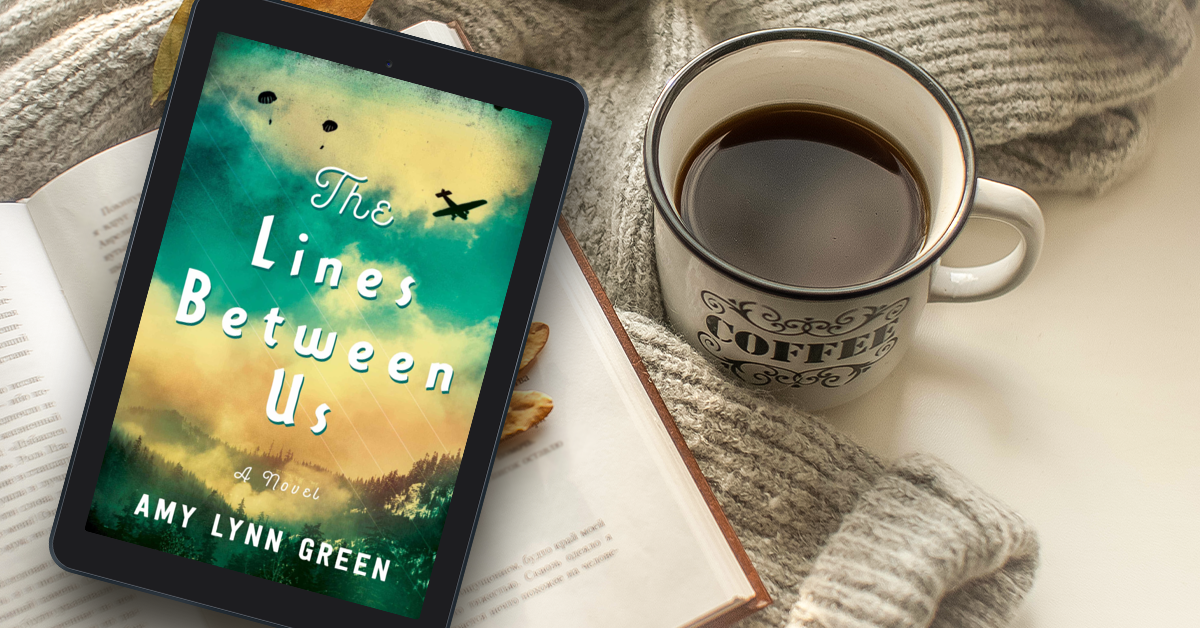 “There’s more to loving your neighbours – or your enemies, for that matter – than just not killing them, you know.”

The Lines Between Us is a historical novel, set in WWII. The main characters are Gordon Hooper and Jack Armitage as well as his sister Dorie. Jack and Gordon are conscientious objectors, Dorie is in the Women’s Army Corps (WAC). The story launches straight in, introducing the characters using letters.

Amy Lynn Green, the author, used letters for her entire debut novel, Things We Didn’t Say, (Here’s my review!), and I loved it. It’s such an amazing way of writing a novel, and it was brilliantly done. The Lines Between Us starts with letters but mixes diary-style writing in between. I can’t say which I prefer, as I loved both books.

The Lines Between Us deals with a controversial matter, but it’s done in a way to draw you into both directions. It also deals with a lesser-known aspect of the war, I promise, no spoilers. It’s less well-known, that’s all I’m going to say, haha. One part that I can share is the Triple Nickles (The 555th Parachute Infantry Division), the first African-American parachute Division, and I love the way Amy Lynn Green uses it in this book. It brings out the different views with a character named Charlie, a conscientious objector, showing that there are often two sides to an issue.

The book deals with questions of faith in such a wonderful way. I loved how different characters came to their views and sometimes even changed their views. I loved Dorie, although she was probably the most annoying character in the book as well, and I felt for Gordon whenever he had to deal with her! The ending of the book was fine, although I would have loved to see Dorie get back and hear the conversation…Just because I’m nosey!

The Lines Between Us has everything I like in a book: mystery, interesting characters, just hints at maybe romance and great scenery. The characters were so real; I could picture them easily with some hilarious pranks between them. I loved the inclusion of some older history to do with the Underground Railway and would love to read more about Aunt Clara, hint hint. Thomas made me cringe, which was no doubt the aim, and Aunt Edith made me feel hungry as I could simply smell her cooking.

Parts of the book were very fast-paced and exciting, other parts were deeper and more philosophical, making it a wonderful balanced read. The solving of the mystery made me feel for Dorie and Gordon, and I hoped…ow, sorry, no spoilers allowed! Never mind, it’s a brilliant book, so I highly recommend you get your copy!

I received a review copy via Love Books Tours but was under no obligation or pressure to write a favourable review.