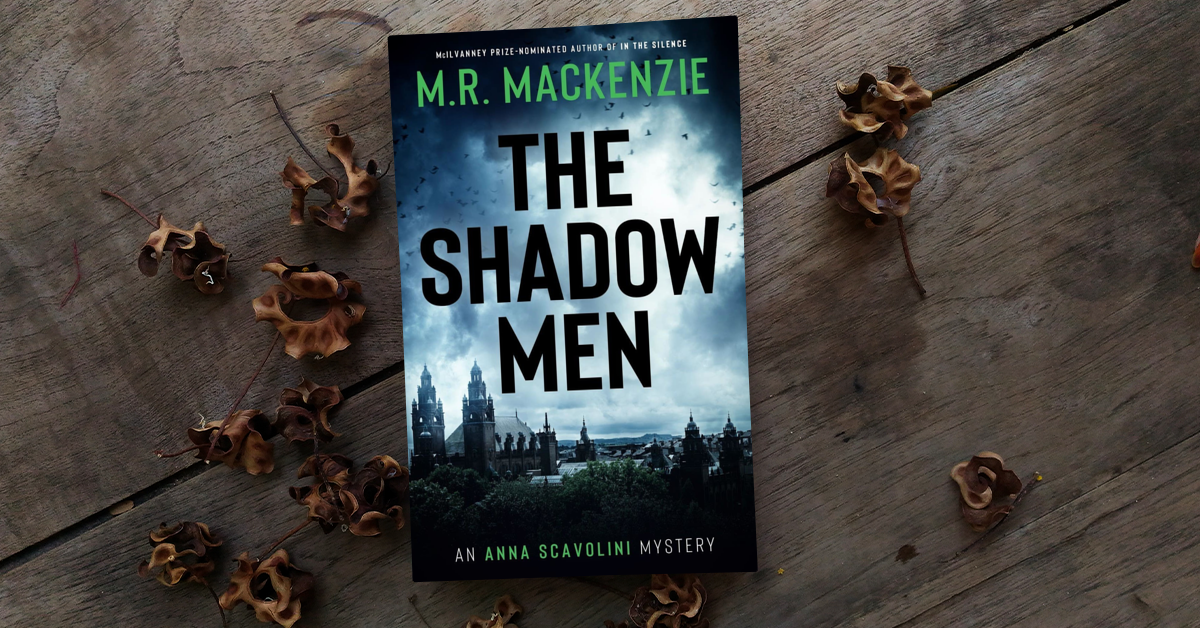 The Shadowmen is one fast, chilling read. The main character, Dr Anna Scavolini, is a lecturer in criminology. Asked by Vasilico, who is heading a Major Investigation Team, she agrees to help to try to find a missing policeman who she was tutoring. Anna has exposed the way the police corruption and lack of communication before, so she is very sceptical about the proceedings.

M. R. Mackenzie, the author, has done a brilliant job in bringing the various characters together. Anna, whose wariness of the police comes out at every step, Vasilico, who defends the police and its culture, the missing policeman’s father, who compares it to a boys’ school and that the bullying going on is to be ignored. But what has happened to his son?

Then The Shadowmen switches to a completely new character and storyline, to one of Anna’s friends. Zoe Callahan gets pulled in by a woman who seems to be into conspiracy theories, but what if there is some truth to it all? Zoe starts to look into the historic abuse in schools, and soon finds herself with more questions than she cares for. Was her brother involved in the abuse?

The two lines meet up, and more and more characters are drawn in, but it doesn’t make you feel overwhelmed, I just wanted to know what happened! During the investigations, Anna comes across the name Shadowmen, and soon Anna, Zoe and their friends realise that they have unearthed something that many powerful people would like to see buried. Vasilico has painful choices to make with just Anna vaguely trusting him. I would love to give you spoilers, but I won’t of course!

M.R. Mackenzie’s way of writing is brilliant, I think, and I loved the bits of Glasgow accents in the book. The story is fast-paced but flows well, and as MR Mackenzie is involved with films/DVD production, I can just imagine this book to be made into a film! It would be an 18, no doubt… It’s such a current as well as a relevant issue.

I received a review copy via Love Books Tours but was under no pressure or obligation to write a favourable review. There is some bad language and bedroom scenes which aren’t my thing.