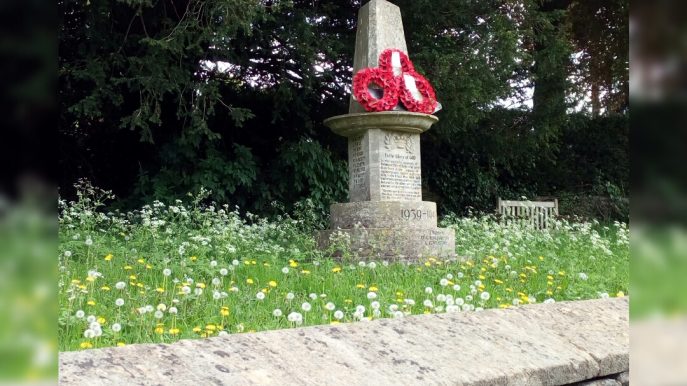 With the children we’re reading a book by my favourite Dutch writer, Piet Prins. (Yes, I know, it’s a pseudonym.) It’s set in the second World War, and in true Piet Prins fashion, it has more cliff hangers than you can imagine. It has everything you need for a good read. Children doing daring things, adults who deeply care, prayer and trust in God, and traitors. In spite of all the good things countless Dutch people did during the war, there were a lot of traitors as well.

Sometimes they were professional traitors, sometimes just greedy people, and sometimes accidental snitches. It made me think of the book when I read about certain police stations having set up special ‘Snitch Lines’, where people can call in when they see their neighbour take, what they believe to be, their second walk of the day. Seriously?? What kind of culture encourages tattling? It happens within families of course, most children will do it, but many parents will quickly discourage the practice.

A society that encourages tale bearing shares certain traits with civilisation that we frown upon. Even those who have not left the shores of Good Old Blighty will know about the Gestapo, the KGB, the Stasi. Why? Because we congratulate ourselves on never having lost our freedoms like that, but having been part of the Free West for ever. Now we have dedicated lines for telling tales.

I look at the lines and lines of graves in Dutch war cemeteries, places my parents took us to when we were young, and they told us, “Freedom is never free.” There are rows and rows of young lads, their names sounding so foreign to us, some have what we would think of as ‘typically English’ names, like John and James, Bill and Jack. They were 18, or 20, though sometimes an officer might have lived long enough to celebrate his 27th birthday. They gave their lives, are now buried in foreign soil, to give us freedom.

We look at traitors with disgust, fancy helping the Nazis. Fancy telling on your own people, your own neighbours. Yet we have set up dedicated phone lines to do just that. And people do, voluntarily. During Nazi occupation, often there was a reward for handing over fellow country men. Judas betrayed the Lord Jesus Christ for money. Many Dutch supported the Nazis for gain, but to tell on your neighbour now, in free England? For taking a second walk, for talking to somebody over the garden fence? Why?

You see, my children often tattle, especially when they can’t think of anything constructive to do. They hardly ever tattle when playing with lego, or dolls houses, or whilst on their bikes. It’s when they’re hanging around, looking bored, that suddenly they start to take an interest in their siblings in a negative way. (Have you noticed with their children that they’ll hardly ever tell you the important things? Like dangerous stuff?) So we have a few questions we ask them before we even get to the information bit.

The questions are: Is it True? Is it Helpful? Is it Necessary? Is it Kind? If any of these gets a ‘no’ then I don’t even want to know. I can tell from their faces when it’s a no, as well. They do what we call in Dutch, ‘drip off’. Usually they will then find something a lot more constructive to do. My children already recognise that when they are not occupying themselves, it will lead to trouble. Maybe those adults ringing the snitch line should get more useful employment too, like knitting blankets, writing cards, baking cakes for neighbours or ringing acquaintances who might be feeling lonely.

We’ve almost finished the next book in the series, telling us about resistance workers pulling together, risking their all to save lives. That’s what I love the most, the standing together, knowing that they’re in it together, and that somehow they have to see the occupation through, until help will come. There was Dolle Dinsdag, a Tuesday in which a lot of people thought liberation had finally come. It hadn’t, and what followed was a horrendous winter. Many brave people kept on going though, whatever the cost. And you know what? They’re still respected today, still remembered even after 75 years of freedom. How tragic if you were a snitch, what kind of legacy is that to leave behind?