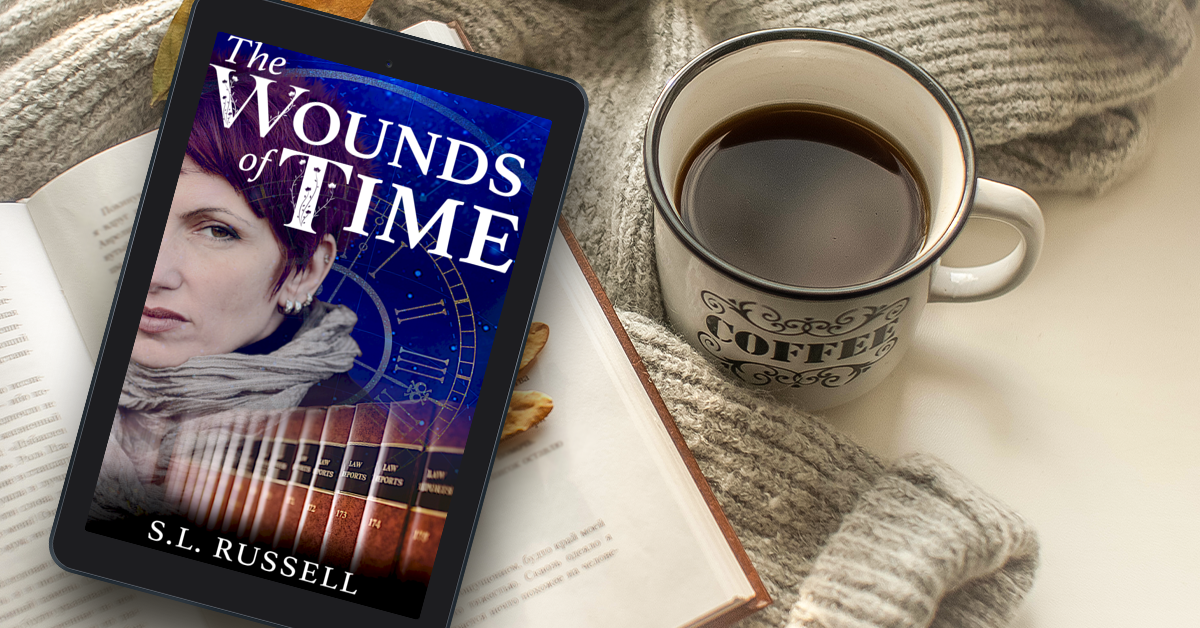 Wounds of Time is the second novel by Sue Russell I have read this year. (The review I wrote for the first one, The Healing Knife, can be found HERE.) Wounds of Time is the story of a clerk, working in chambers. Janet, the main character, loves her job and has had a real fight to get as far as she has. She is an outstanding clerk, respected by junior clerks as well as barristers.

Sue Russell, the author, has done a brilliant job with this brand new novel. As I said, Janet had a long way to get to where she is at. Some of her journey comes out as the book progresses, making you want to know every little detail. There’s the awful dad, awful sisters, awful brothers… Until we, along with Janet, learn more about her dysfunctional family.

Then there is Drew, Janet’s son. He sounds like a lovely young man. Changes are coming Janet’s way and she wonders like probably all mothers do, Was I a good enough mother? Bob, her husband is a good, solid man, working as a paramedic. The job is demanding and again, that was a storyline I thoroughly enjoyed. Why did he cheer up once he had a young, female colleague?

Janet starts to feel unwell, but is it just menopause or stress, brought on by her relatives? There were so many different aspects to Wounds of Time, making it a real page-turner. There are quite a lot of characters in the book, but it’s easy to tell them apart, and equally easy to picture in your mind. Some of the pictures I had to adjust, like the old priest. I had trusted Janet’s judgment on him, and well, that didn’t work out too well.

I love how Sue brought out the subtle changes in Janet near the end of Wounds of Time. The beautiful conversations with her boss, the things Janet thinks about all lead to a very satisfying ending. Disappointing too. I’m sure you know that feeling when you realise you have just read the last page!

This wonderful read is going to be available on March 21! Make sure you get yourself a copy. I received a review copy but was under no pressure or obligation to write a favourable review.