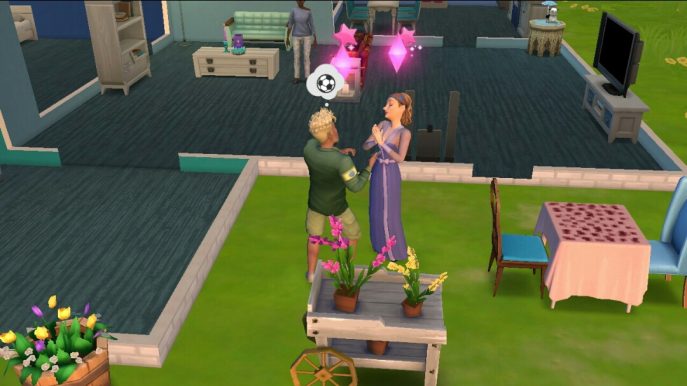 I will make a link to the page where you can download my previous Mortina Dynasty Book. Book II will eventually join that site, this is going to be Book III.

Eliana gives off a dramatic sniff, blinking her eyes. She is just so disappointed, and overcome by self-pity she manages to squeeze out a few tears. Until she looks in the tall mirror casually stuck in the bedroom corner. She turns away quickly, as her face with the cat-like eyes looks that of a disgruntled Sphynx Cat. She shudders a little, feeling embarrassed, but not enough to pull herself together.

Eliana looks around the very bare bedroom, another reason to feel upset. It’s alright for her parents to point out that there is nothing wrong with this place as it’s just her and her aunt and uncle living here, but that’s easy enough for them to say. They live in the main Mortina house, which has been in their Dynasty for generations. It is comfortable, huge compared to this place, and very luxurious. Their golden bathroom for example… Eliana sniffs again. Of course, she is perfectly content and all that, and she agrees in theory that this place is fine, but as she can see her wedding looming up, why don’t her parents swap, so she can at least get married in the main house?

According to her mum it’s out of the question. “It wouldn’t be proper, dah’ling,” her mum’s polished voice making Eliana want to rebel even more. “You see, there are a lot of people walking past our house, and you’re not married yet. Once you are married it would be more appropriate to accept visitors. Even then, you need to remember your standing within the community.” She had looked quite haughty, proud of the many generations behind her.

Eliana swipes at a hard-earned tear, “Standing in the community my foot,” she says, trying to make it sound like a sob. “What community? Yes, fine, Aunt Majorie,” she calls, as her aunt’s worried voice asks if she is alright in there. It also confirms her grudge, the fact that a girl can’t even cry in her own house without someone checking up on you. In the main house that would never happen of course. The place is so huge, you could do your own thing without unwanted attention. Who knows how long she’ll have to live here as a married woman. Her parents don’t seem in a rush to retire, although her dad assured her that of course, as soon as she was married they would do the right thing. The right thing being her and her husband taking over the Dynasty, in the main house.

All this is an issue, of course, and grates on her no end, but it’s not the cause of her grief. If only she had a friend she could confide in, but there is only Carlos. He does make a wonderful fiancé, and is actually good looking. She met him thanks to Uncle Antoine. He had met Carlos a few times, and introduced him to her. Thankfully. The only way in this place to find and make friends is at parties. Which is the whole problem.

This time the tears are a lot more real, and take less effort. In fact, Eliana isn’t sure she would be able to stop them even if she wanted to. She has Carlos, but he had no idea what she was talking about when she called him, and she has no other friends, because, guess what? You need to attend parties to make friends. Unless you like hanging out with ancient characters loitering outside the house. Eliana is desperate for some friends, girls to hang out with, to chat and laugh. Girls who would have commiserated with her this afternoon, maybe even come over for a quick hangout. Instead, she is stuck in the most boring bedroom ever, with nobody on her friend list apart from Carlos. And he has already been called, leaving her feeling more upset than before the call.

Eliana cools her forehead on the cheap window, wondering how she can make it to a party. Parties are quite rare, at least, she can’t remember the last time her parents went to a party. Probably before she was born… It’s getting an invite as well as getting to the party in time. Often there is a dress code, which means having special outfits. This brings new tears, for in order to get your outfits specially designed by Izzy, you need diamonds. They are earned by…once again: attending parties! Eliana feels desperate. Something will have to give. Living in this house is one thing, but surely she should be free to find friends, socialise, go to parties. Anyway, as she’s not living in the main house, her ‘standing in the community’ shouldn’t be affected by her party attendance, should it? How will her mum react when she finds out though…if she makes it to a party that is!