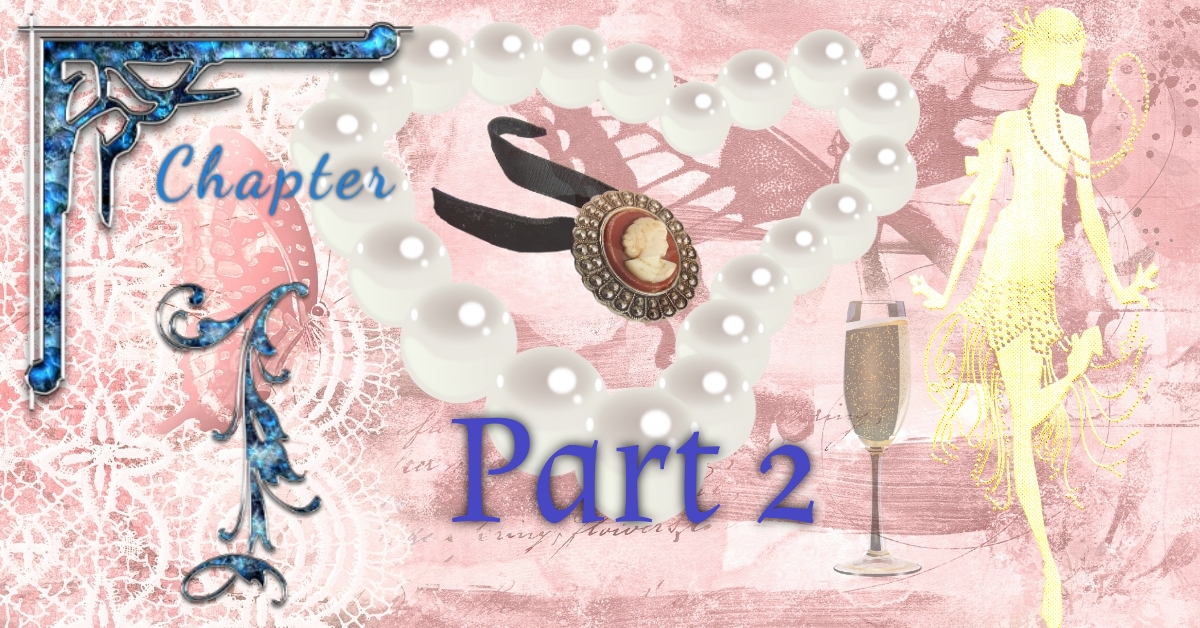 I carefully picked my way over to Sally, my lighthouse dressed in a pastel suit, on the other side of the room. Rushing would catch Genevieve’s attention, and she would cut her rounds short and come across at once. I smiled at Sally like a drowning sailor at his lifeguard. I kept an eye on Genevieve, Sally’s pleasant voice fading into the background murmur of voices. I nodded and smiled. Sally always talks about her large garden. My thumb is the opposite of green, so it’s safe to just agree with her.

My thoughts wandered back to that phone call, sensing a chance to play Genevieve at her own games. She hadn’t been on the phone long, and I had forgotten all about it. “Don’t you think so?” Sally’s sweet voice broke through.

Sally smiled at me, her lips pink like a doll’s and I nodded, “Oh, absolutely.”

Sally looked thrilled, “Yes, I think it’s important too. Bees are such a huge part of a garden, so last year my gardener…” I looked around again but was too late to avoid Genevieve’s private beeline.

She smiled at me, her bony fingers pulling her pearls sideways as if indicating, and thrilled, “Oh, hello, so very good to see you,” before doing the customary three air kisses. “The continental way is so much more gentile,” she had explained when I mentioned it, “I mean not gentile, genteel.” I looked at her short, figure-hugging dress; one of her Great Aunt Laetitia’s leftovers, I could tell. It was short, frilly, with glass beads at the bottom. It was made of thin rough silk in almost the same shade of lilac as her shoes. Almost. She was clutching an aquamarine fake leather bag. I bet her dog Milou had been at it.

That gave me something safe to talk about, so I asked Genevieve, “How is little black Milou?” What kind of person calls a black dog Milou?

Genevieve brightened up, “Milou is such a darling. I made him a gorgeous cushion out of Great Aunt Laetitia’s old maroon winter coat, and he’s thrilled.” I smirked warmly.

I took a breath to joke, “I hope Aunt Lettie won’t mind,” but I remembered last time I had used Lettie instead of Laetitia. Genevieve’s sallow face had frozen over like Pittville Park in winter, and she had tried to stick out her chin. Unfortunately, without a chin to speak of, the effect turned my stomach.

“Never Lettie,” she had said waspishly, her colourless eyes hard, her thin lips white, “Great Aunt Laetitia,” and she had put a lot of emphasis on the Lae-bit, “Great Aunt Laetitia always said, ‘never shorten your name, or you’ll be shortening yourself’ and she was right, of course.” I had nodded, trying to look suitably chastised, and had managed to morph my giggle into a sneeze.

So I knew better and was just grasping around in my mind for some safe topic, when our hostess, Livy, vigorously rattled a tiny silver bell, reminding me of a terrier shaking a dying rat. I instantly turned towards the sound, with as expectant a look as I could, ignoring Genevieve’s excited little gasp.